We would like to offer our sincere support to anyone coping with grief. Enter your email below for our complimentary daily grief messages. Messages run for up to one year and you can stop at any time. Your email will not be used for any other purpose.

Share a memory
Obituary & Services
Tribute Wall
Read more about the life story of Guenter and share your memory.

Guenter Heinz Langefeld, age 83, of Hendersonville, NC passed away peacefully at home on January 15, 2023.
Guenter was born in Germany in November 1939 and immigrated when he was 22 years of age.  Guenter worked in the airline industry and held positions in New York and Los Angeles before being transferred to his post in Anchorage, Alaska where he met his wife Judith in 1978.  Guenter and Judith were married in 1980 and had their two boys, Eric and Bjorn, in Alaska and lived there for 15 years.  Guenter was transferred back to New York prior to his retirement in 1994.  Guenter, Judith, Eric and Bjorn relocated to Hendersonville after his retirement.
Guenter's greatest passions were his family and tennis, which often went hand in hand as he coached his boys and still played competitively with them until just a few months ago.  Another passion after his retirement was the writing of poems and memoirs.
Guenter is survived by his wife of 43 years, Judith; Son Eric and wife Jennifer (Grandchildren Ava and Olivia); Son Bjorn and wife Danielle (Grandchildren Ivan and Ben).
The family plans a private ceremony to be conducted at a later time.
In lieu of flowers the family asks donations be made to Four Seasons Hospice in Flat Rock, NC (https://fourseasonsfdn.org/ways-to-give/give-today/).

To send flowers to the family or plant a tree in memory of Guenter Heinz Langefeld, please visit our floral store. 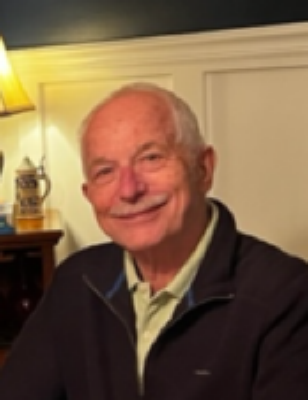 In Loving Memory Of

Look inside to read what others
have shared
Family and friends are coming together online to create a special keepsake. Every memory left on the online obituary will be automatically included in the book.

In Loving Memory Of

Look inside to read what others have shared

Family and friends are coming together online to create a special keepsake. Every memory left on the online obituary will be automatically included in the book.

You can still show your support by sending flowers directly to the family, or by planting a memorial tree in the memory of Guenter Heinz Langefeld
SHARE OBITUARY
© 2023 Sanders Funeral and Cremation Service. All Rights Reserved. Funeral Home website by CFS & TA | Terms of Use | Privacy Policy | Accessibility